by Chris Maykut on April 30, 2010
in PhinneyWood Neighborhood 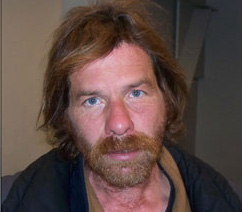 The homeless man accused of setting the string of fires in Greenwood last year changed his plea this morning. Our newspaper partner the Seattle Times was in court today when 47 year old Kevin Swalwell pleaded guilty to 11 arson charges and one count of second-degree burglary.
10 fires were set in Greenwood, including the four businesses that went up in flames on October 23.  Green Bean Coffee House, C.C. Teriyaki, Szechuan Bistro and Pho Tic Tac were all housed in the Eleanor Roosevelt Building that burned.  Swalwell now faces a sentence of 30 years behind bars.