by Chris Maykut on March 25, 2010
in PhinneyWood Neighborhood

The Woodland Park Zoo has euthanized the oldest animal living at the zoo. 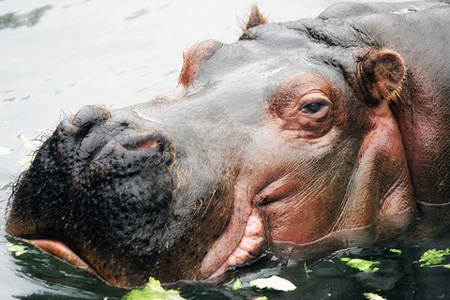 47-year-old Gertie the hippo has lived at the zoo since 1966. She was not only the oldest animal living at the zoo, it’s believed that she lived at the zoo longer than any other animal in the zoo’s 110 year history.
The decision to euthanize Gertie came after her health had been declining over the past year because of her age. Within the last week, the 5,000 pound hippo’s condition worsened and her ability to move became more challenging and her discomfort was more apparent. “We could no longer medically manage her pain and we had to follow her cue that the quality of her life was becoming seriously compromised,” said Dr. Darin Collins, the zoo’s director of Animal Health. “Therefore, we had to make the difficult, but humane, decision to euthanize her.” The life expectancy of a hippo in the wild is 45 years.