Rep. Carlyle on the final days of session

by Chris Maykut on March 5, 2010
in PhinneyWood Neighborhood 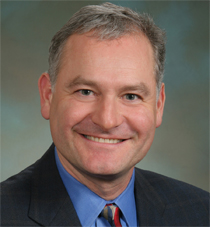 As the Legislative session is winding down, 36th District Representative Reuven Carlyle sends these notes from Olympia.

The fast-paced, 60-day state legislative session is slated to end on March 11 and our final days in Olympia are filled with late nights and intense budget negotiations. As we strive to wrap up the people’s business, I wanted to take a moment to provide a high level overview of some of my projects as your representative in the Legislature.
A new independent report says Washington is expected to lead the nation in job growth this year. It’s a great start to economic recovery, but we have a long journey ahead. The heart and soul of our job growth, as always, is small business.
We face a projected $2.7 billion budget deficit following a $9 billion deficit last year. This is from a total of about $34 billion. The Great Recession has caused a dramatic drop off in tax revenues while demand for public services in education, health care, foster care, prisons and much more have increased substantially. It’s a perfect storm requiring courageous honesty about the deeper, more substantive public policy challenges we face.
A vast majority of our work in these final days has focused on balancing the budget in a thoughtful, equitable and economically efficient manner.
Here are some of my personal priorities this year.
I’m pleased to have passed from the House a major government efficiency and reform bill to meaningfully restructure how state government spends more than $2 billion per biennium on technology. I’ve been deeply frustrated that we spend so much without a strong, coordinated, enterprise wide approach. That needs to change and this bill is a major step.
House Bill 3178 is expected to save taxpayers $30 million this year alone and I’m proud of these reforms. That $30 million in savings will help pay for Reading Corps and other vital K-12 services in schools throughout Ballard, Queen Anne, Magnolia and throughout our city and state.
Another of my priority government reform bills is designed to help seek greater efficiencies in our state’s fantastic community and technical college system serving more than 500,000 people in 34 colleges statewide.
I am excited to have successfully included a major amendment in our state’s Race to the Top legislation designed to secure up to $250 million in federal funds for public education in our state. My provision effectively eliminates de-facto tenure for principals in Seattle. Next year I’ll introduce a second major bill to provide principals with greater authority to match the greater accountability we are requiring.
The Governor is expected to sign legislation I sponsored to make texting while driving a primary offense rather than a secondary offense. The bill also prohibits teenagers from using a cell phone for calling while behind the wheel.
Finally, the debate over revenues is not easy. Last year we passed an all cuts budget. This year we need a more balanced approach. One proposal is to raise the general sales tax, an idea that I do not support. I do favor aggressively closing tax loopholes and equalizing our state’s business and occupation and sales taxes across industries in a more equitable fashion. Our tax system is old, clunky and economically inefficient and we need a modern, 21st Century approach to how we fund our critical public services.
I’m passionate about improving government and making it more engaged in delivering services effectively and efficiently. I also hope we have the courage to ask the central question: If we were designing state government from scratch today what would it look like?
There are many other bills, proposals and issues in play in Olympia. Please reach out to me at: [email protected] or visit my personal blog at: www.reuvencarlyle36.com.
Your partner in service,
Reuven Carlyle
State Representative
36th Legislative District

Next post: Lady is the Pet of the Week