by Guest Writer on February 24, 2009
in PhinneyWood Neighborhood

More than 100 people attended an open house at Adams Elementary Monday evening to learn more about plans to replace the Viaduct with a deep bored tunnel. The open house was organized by representatives from WSDOT, the City of Seattle and King County, who answered plenty of questions. 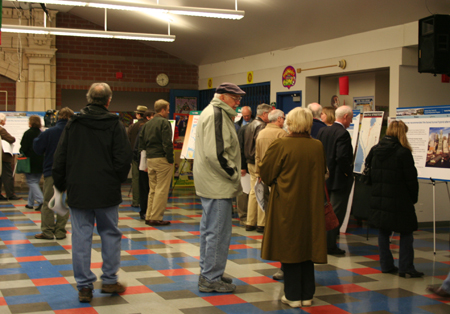 Phinney Ridge resident Robert Douglas wanted to know how he’d be affected. “I use the viaduct all the time,” he tells us, “So I was kind of curious to see how it was going to impact me, obviously, and my traveling back and forth from here to Sea-Tac, to West Seattle, to other destinations I go to.” WSDOT provided this map explaining how Ballard and other North Seattle commuters will access the tunnel (see larger map in .pdf format). 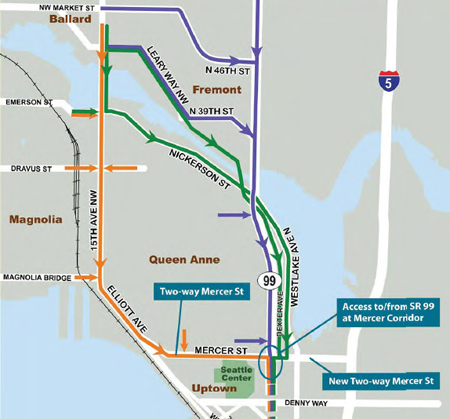