by Chris Maykut on November 14, 2008
in PhinneyWood Neighborhood

Firefighters extinguished a blaze in an abandoned house on the corner of 85th St. and 6th Ave. at 8 p.m. tonight, and witnesses told investigators they saw a suspicious man with a dog leave the scene of the fire. 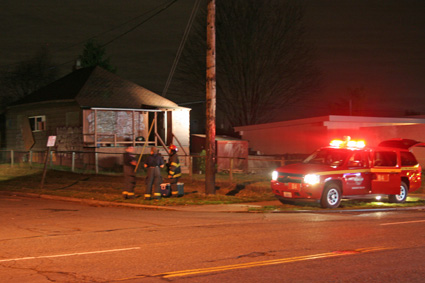 The house has been boarded up for the last couple months. Witnesses say the fire appeared to come from inside the home. The fire response shut down 85th St. for about half an hour.