by Doree on July 5, 2008
in PhinneyWood Neighborhood

When we went to bed at 11:30 p.m. or so, we were beginning to think our expanded neighborhood would escape any Fourth of July house fires, but sirens headed to Phinney Ridge woke us up at 3:15 a.m. 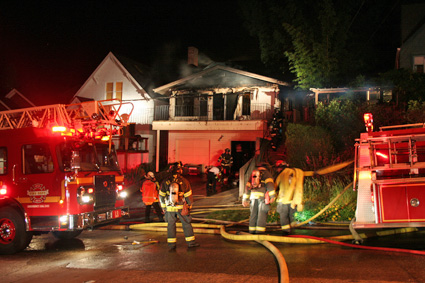 I could smell the smoke several blocks away. When firefighters arrived at 52nd and 2nd Ave., flames and heavy smoke were pouring from the roof. The resident was able to escape without injury. 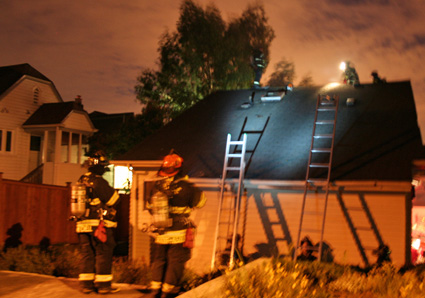 Crews climbed up the backside of the house and sawed through the roof. 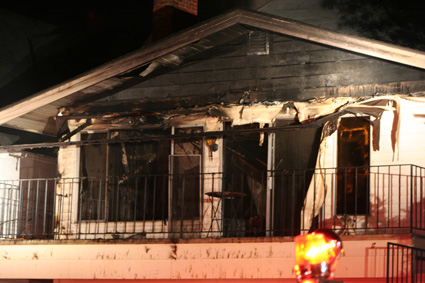 About 20 minutes later, the fire was “tapped,” or extinguished. From the outside, damage on the second floor appeared to be rather extensive. No word on whether it was fireworks-related — we’ll find out more in the morning.

Update: The fire department says it was an accidental electrical fire — not sparked by fireworks. Damage is estimated at $200,000.