by Chris Maykut on August 18, 2011
in PhinneyWood Neighborhood

Updated: Seattle Police tell King5 that the pipe bomb and pedestrian are not related. The woman is believed to be in her 50s – her name has not been released. “ABS detectives were able to examine the device and determined that it had been there for some time, possibly even left over from the Fourth of July. It is unlikely that the device would have done any damage to the tracks or train. ABS detectives removed the device and will examine and dispose of it,” according to the police blotter.
Earlier: Seattle police and federal agencies are investigating an explosive device that was discovered after a train/pedestrian fatality this morning at Carkeek Park. 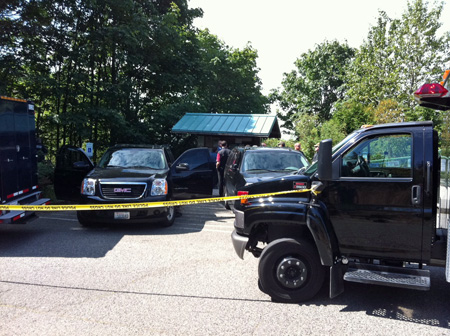 According to Seattle police, the call came in just after 9 a.m. The pedestrian killed is believed to be a female, police say. “Burlington Northern Santa Fe spokesman Gus Melonas says the crew blew the whistle and engaged emergency brakes, but the 63-car train could not stop in time,” reports our news partners The Seattle Times. “The crew said the woman was kneeling in the middle of the track.”
After officers arrived on scene they discovered a suspicious device that King5 is reporting to be a pipe bomb.
Seattle Police Arson/Bomb Squad as well as Traffic Collision Investigation Squad detectives are on the scene. King5 says that the FBI, ATF and BNSF have also been called in for the investigation. No word on whether the pedestrian and explosive device are related.

Next post: Enroll in Seattle Public Schools by Aug. 30