by Guest Writer on July 1, 2009
in PhinneyWood Neighborhood 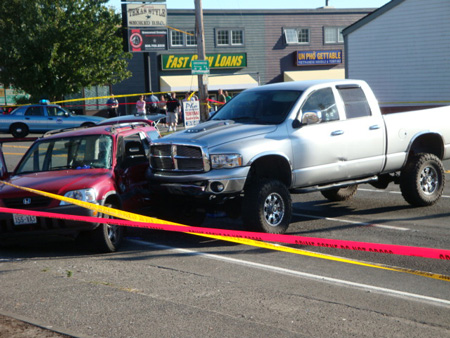 The suspect was first spotted at Holman and 3rd Ave., police say. When he stopped in traffic at Greenwood and Holman, officers boxed him in. That’s when he rammed a car to escape, investigators say. Officers say they fired at least four shots, striking the suspect in the arm. 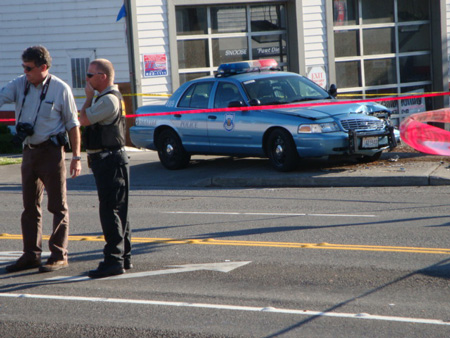 The man and two children sustained minor injuries, and they were transported to Harborview. The officer, his car shown above, is OK. 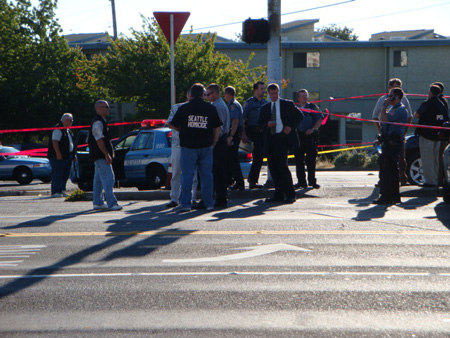 Police say the man was wanted in a bank robbery in Shoreline this afternoon, as well as several others. But they did not say if he was suspected in two recent robberies at the Greenwood Bank of America. 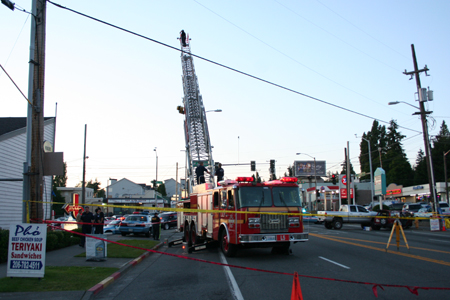 Greenwood Ave. just north of Holman Road remains closed Wednesday night, and officers say the investigation and cleanup will likely continue until 10 to 11 p.m. Crime Scene Investigators are taking photos, including a high-angle shot from a fire engine. Holman Road (below) is open. 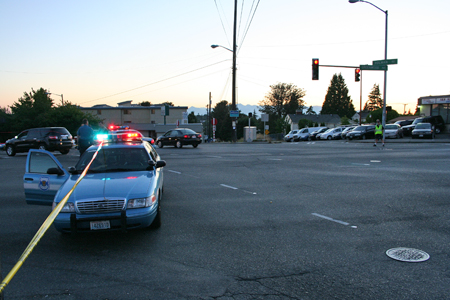 One of the first reports of the shooting came from SPD’s Twitter feed:

(Thanks Heidi for the photos!) Stay tuned for more updates…