by Chris Maykut on September 11, 2011
in PhinneyWood Neighborhood

The president of the North Central Little League is retiring and the league is looking for someone to fill the position. NCLL covers parts of Ballard, Fremont, Phinney Ridge, Greenwood, Green Lake and Wallingford. 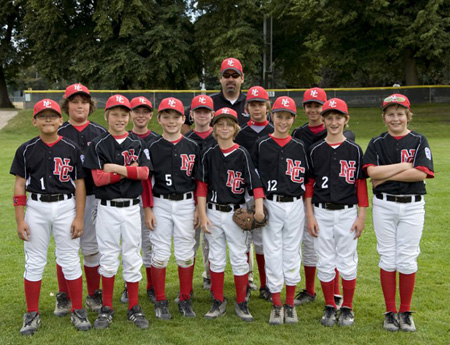 Tom D’Angelo has been a part of NCLL for more than a decade but now that his kids are older, he believes it is time for him to move on. 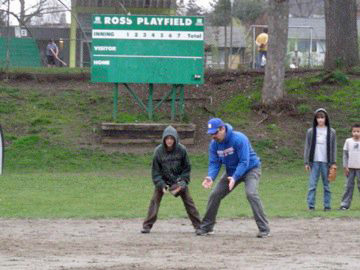 A week ago he sent this letter to families involved in NCLL:

Dear North Central Community,
Eleven years ago I began my North Central journey as a father, a coach, and a league “helper”. Over the course of those years I filled many positions and am finishing this chapter of my journey as President of this great organization. My kids and I have moved on to other pursuits (www.shrimpskateboarding.com) and I simply cannot be an effective leader for our league moving forward. I announced my “retirement” several months ago but to date, we do not have any candidates to fill the President position.
On September 13th we will be having our annual Membership Meeting at 7 p.m. at the Phinney Neighborhood Center. All league parents are invited to this meeting and we appreciate your attendance. There are three key components of this meeting: a “state of the league”, elections, and the start of our organization for the 2012 season. It is very important that we have at least one person willing to assume the role of President by this time.
North Central is a vibrant and healthy league that contributes positive energy into our community. It has been a big part of my family’s life and it has been rewarding and fun. In some ways I probably “over did it” and that may have some people a little concerned they cannot commit to the job of being President. I believe you can. The great Board of Directors, coaches, and volunteers have elevated North Central organizationally and are always there to help. I believe the key quality for the President is keeping an eye on “the whole” and keeping things in motion. Most of this is by e-mail and/or phone. I will help you.
As a league we have grown from about 350 kids just a few years ago to over 630 in 2011. We have held by our commitment to offer our kids a positive experience, invested in our coaches, umpires, and fields. The kids and the families are having fun and enjoying the game of baseball. It’s a good situation and it needs good leadership to continue our great tradition.
Please let us know about your interest in being President, serving on the Board of Directors, or in any other league-level role by e-mail at ncll.baseball@comcast.net.
I appreciate everything that all our great families have put into North Central. Thank you for helping us build and sustain a great Little League.
Sincerely,
Tom D’Angelo