by Doree on August 8, 2011
in PhinneyWood Neighborhood

Police are searching for two men who robbed the Key Bank at gunpoint this morning on the 9700 block of Holman Road NW. Renee Witt with Seattle Police tells us that two men entered the bank just after 10:45 a.m. and at least one of the men was armed. 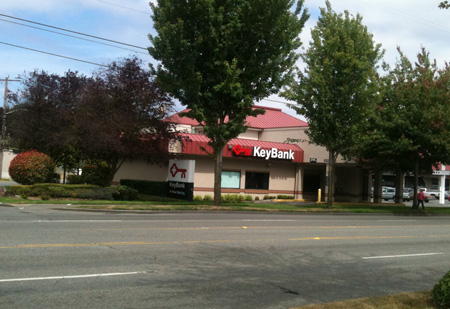 The first suspect is described as a white male in his 20s to 30s, wearing a blue bandanna over his face with a gray Idaho Vandals hoodie pulled up. He was wearing plastic gloves and a backpack.

The second suspect is described as a skinny white male in his 30s, approximately five-feet eight-inches tall with a black shirt pulled over his face.