News from nearby neighborhoods

by Chris Maykut on June 18, 2010
in PhinneyWood Neighborhood 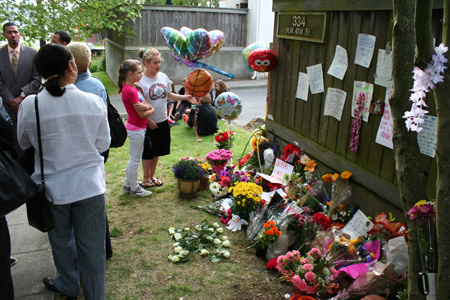 A public memorial will be held at 11 a.m. today for victims of the fatal Fremont fire last weekend.
Dozens of recruiters will be at a job fair at Daybreak Star in Magnolia until 2:30 today.
The ship Ocean Watch returns to Ballard after more than a year at sea, documenting environmental changes around the globe.
Could a mural under the U-District bridge stop graffiti?
Spooner Farms berry stand now open in Wedgwood.
Neighborhood sees final design for Maple Leaf Reservoir Park.

Previous post: Crowd cheers on USA vs. Slovenia at PNA