by Chris Maykut on June 14, 2010
in PhinneyWood Neighborhood 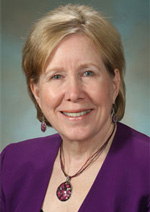 36th District Senator Jeanne Kohl-Welles has been honored by Seattle Against Slavery with the Lincoln Freedom Award for her efforts and accomplishments in preventing human trafficking.
Kohl-Welles has been working on the issue since 2002 with the enactment of her bill regulating the mail-order-bride industry. She most recently sponsored a bill, which was signed into law, which authorizes the Department of Transportation to work with human trafficking advocates to place informational posters on trafficking at rest areas throughout out state. Another bill which she sponsored, and also signed into law, strengthens 2009 legislation that required international labor recruiters and domestic employers of foreign workers to disclose federal and state labor laws to non-immigrant workers.
“The legislative accomplishments we have made over the years would have never come about without the tireless work from advocates and community organizations,” Kohl-Welles said. “The fact that this award comes from them, makes it even more special.”