by Chris Maykut on April 26, 2010
in PhinneyWood Neighborhood

MyBallard is reporting that a man was killed in the parking lot of the McDonald’s at 14th Avenue Northwest and Market Street.

Police first got the call at 12:15 p.m. When officers arrived on scene they saw the man pinned under the car. A group of officers lifted the car off the man and medics with Seattle Fire attempted to revive him, but he was pronounced dead at the scene. 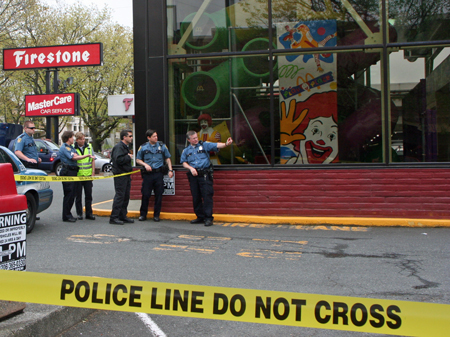