by Chris Maykut on February 1, 2010
in PhinneyWood Neighborhood

A man dubbed the “Grab-N-Go” bandit after allegedly robbing a convenience store in the 10200 block of Aurora Avenue North on Jan. 18, was arrested in downtown Greenwood Sunday night. 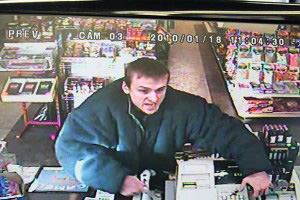 This is from the Seattle Police Department blotter:

On January 31st at around 10 p.m., members of the North Precinct Anti-Crime Team spotted the 25-year-old man in the 100 block of NW 85th Street. After a short foot pursuit, the suspect was taken into custody. At the time, he was only armed with a knife. Detectives interviewed the suspect and booked him into King County Jail for multiple counts of Investigation of Robbery.

Next post: Tour Station 21 and other fire stations on Saturday