by Chris Maykut on December 3, 2009
in PhinneyWood Neighborhood

Around 11 a.m. the Union 76 gas station in the 8400 block of Aurora Avenue North was robbed by two teens, one of them armed, King5 reports. 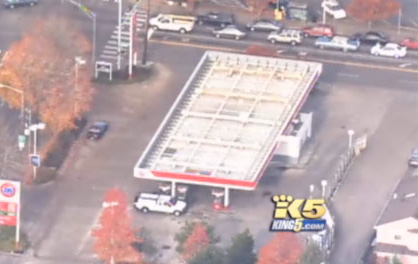 The news station sent their helicopter up around noon, which people commented on in the forum. King5 says that the teens, age 14 or 15, were wearing black hoodies and left the scene running northbound on Nesbitt Street. Both teens are now in custody

Previous post: Let the Zoo help you get a Parents’ Night Out