Winter isn’t quite over just yet

by Chris Maykut on March 15, 2009
in PhinneyWood Neighborhood

Steady snowfall is starting to show some accumulation on sidewalks and even roadways, especially on the highest points of Phinney Ridge. Forecasters say the wet snow will turn to rain later this morning. 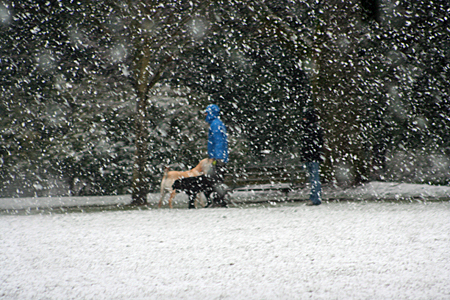 This was the scene at Woodland Park shortly before 9 a.m.