Carlyle, Burbank square off in debate

by Chris Maykut on October 14, 2008
in PhinneyWood Neighborhood

A Ballard neighborhood association hosted a debate tonight between Reuven Carlyle and John Burbank, two Democrats running for the open legislative seat in the 36th District, which includes Phinney Ridge and much of Greenwood. 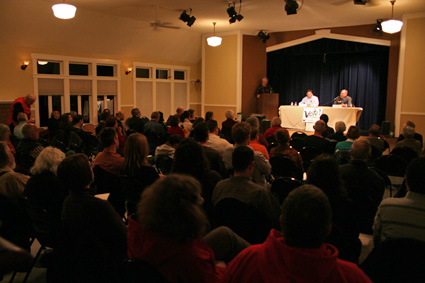 The majority of the 45-minute debate featured both candidates agreeing with each other, more or less, on critical issues such as transportation, low income housing, health care, education and the troubled economy. But the last question asked what are the top differences between Burbank and Carlyle. “Number one, I don’t take corporate contributions,” Burbank said, pointing out that Carlyle didn’t go along with his proposal to limit campaign contributions in the race. “The idea that I am somehow in the pocket of those organizations whereas 80 plus percent of my money comes from individuals, so for a small amount of money, is simply silly,” Carlyle responded. 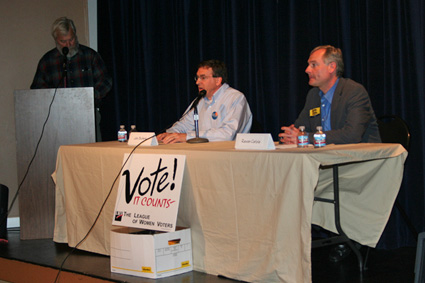 As for policy issues, Burbank emphasized his work on the minimum wage initiative, which guarantees automatic cost of living raises, as well as his contributions on family leave insurance. “The core issue here is who is the real change agent,” Burbank said. “We can talk about change, we can talk about dialogue, or we can take action. If you look at my record, I have taken action.” 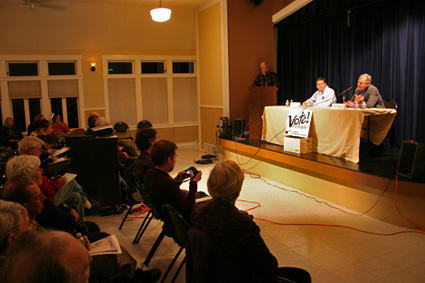 Carlyle underlined his work on a bill that guaranteed a chance at a college education for foster kids, and he emphasized his experience as a wireless and software entrepreneur and a volunteer citizen activist. “The fundamental question is, do you believe in the concept of a citizen legislature,” he said, explaining that public policy has been Burbank’s job for 25 years. “I like to listen, I like to learn, and I embrace failure as well as success,” Carlyle said.