A do-over on the Ken’s Market decision

by Guest Writer on October 13, 2008
in PhinneyWood Neighborhood

Word of the decision approving the Ken’s Market expansion didn’t reach everyone interested in knowing about it, so the city of Seattle is republishing the decision to give people additional time to appeal the project. 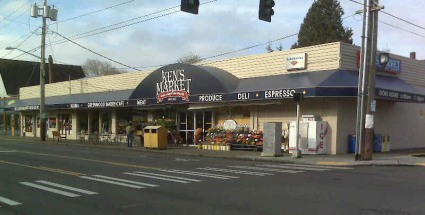 “We made a mistake,” Planner Molly Hurley said. “We inadvertently left about nine names off the mailing list.”

Prompt notification is important because the publication date kicks off a two-week period during which people can appeal the project to the city hearing examiner. Because that didn’t happen, the city is going to republish the decision on Oct. 16, reopening that appeal window until Oct. 30.

It’s a question of fairness, Hurley said. “It’s our mistake and we definitely want to be sure we follow the letter of the law.”

That’s good news for members of “Concerned Residents for a Safer NW 73rd.” Member Sheila Cloney, who first brought this to our attention, said that while they support the expansion of Ken’s, they want traffic calming measures on 73rd Street to be taken into account. According to Cloney, a city transportation study done earlier this summer showed NW 73rd carries up to three times the traffic of NW 72nd and NW 74th.

The written decision downplayed the issue:

Anyone who wishes to appeal the measure can get instructions here.