by Doree on July 25, 2008
in PhinneyWood Neighborhood 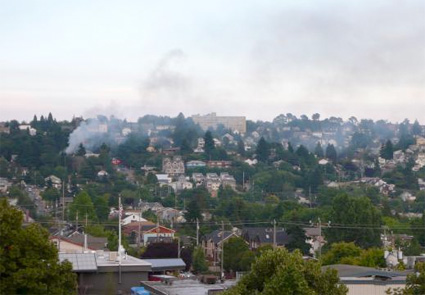 As I drove to the scene from Ballard, I could see smoke billowing up from over a mile away. (Photo by My Ballard reader Nina.) 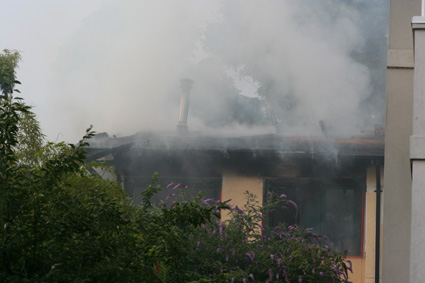 Flames were shooting out the back of the home, which was hard to see from the street. It appeared the fire was contained to the first floor. 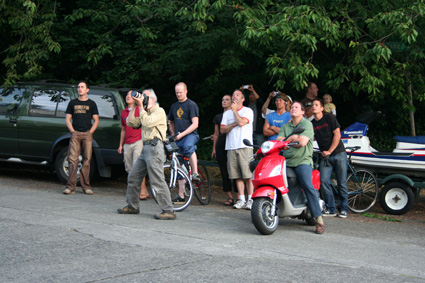 Over a hundred neighbors around the home watched the firefighters at work. A next door neighbor quickly climbed onto his roof with a garden hose. 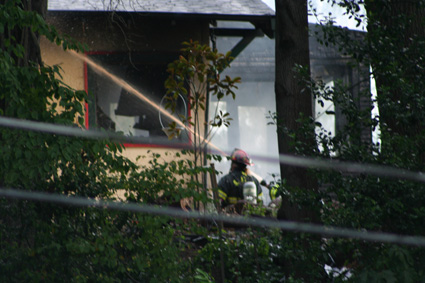 Medic units checked out one patient, presumably the homeowner, who has minor injuries. A little less than an hour after the call the fire was out. No word on the cause, and we’ll update as we learn more.

Update: The Seattle Fire Department says the cause appears to be accidental: “discarded smoking materials” that caught fire. The homeowner was in the backyard at the time of the fire, and there are no official injuries. No word on a damage estimate, although to my untrained eye the house is a total loss.