by Chris Maykut on June 28, 2008
in PhinneyWood Neighborhood 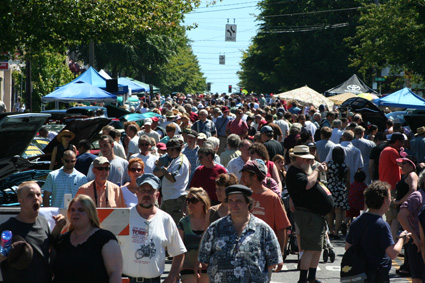 Thousands of people enjoyed the sizzling heat to check out 500 sparkling cars that lined Greenwood Ave. for nearly a mile. 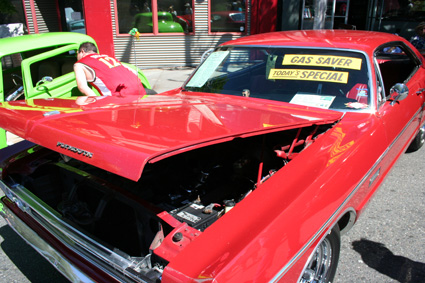 I’m not a car guy, but I appreciate a good muscle car, like this 1969 Plymouth Fury. But as the sign in the window jokingly points out, gas prices are a little different than they were in 1969. Or 2007. 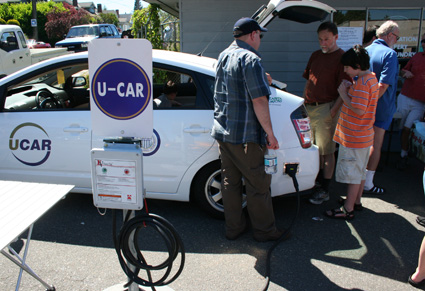 While most of the crowd focused on the classic cars, others perused the dozens of electric, hybrid and alternative fuel cars on display. Toyota and GM were there, as well as members of the Seattle Electric Vehicle Association and the Northwest Biodiesel Network. Frankly, I was surprised that more people weren’t — at the very least — talking to the Prius guy. 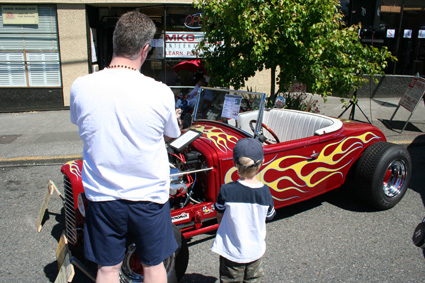 But while the Prius and its counterparts may be a sensible purchase in uncertain times, most American males are still drawn to fast cars. I admit, I feel the same attraction, despite what my intuition is telling me. But I suspect necessity will be making more of our decisions in the years to come.
Update: The Seattle PI wrote a story about the fuel-efficient cars there.