by Chris Maykut on June 25, 2008
in PhinneyWood Neighborhood

The used bookstore with the strange name, Couth Buzzard, is a victim of progress on Phinney Ridge. As we wrote back in March, Ken’s Market is expanding, which means the Buzzard is losing its lease. Initially, they were supposed to be out in June or July, but we’re told its now looking like the end of August — or even later. And they’re still looking for a new location. 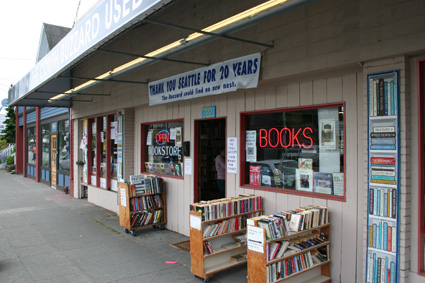